Below I’ve listed the 90 commands covered and links to each of the five posts in this series. Some of the commands listed include links to related articles. There are also thousands of commands available if we include downloadable software and scripts, such as bpytop (pictured below). However, for this article’s purpose, we will cover mostly Unix commands used on Linux by sysadmins and power users. If you find this page useful, let me know if you’d like to see similar posts in the future. 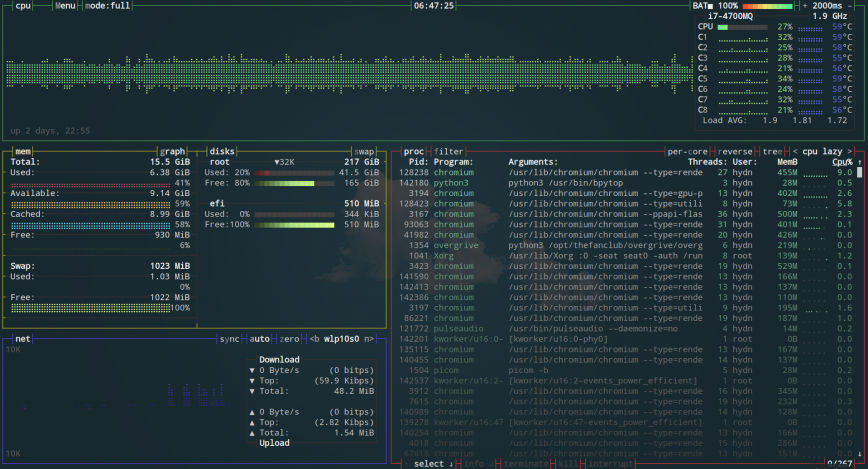 Pictured: bpytop – There are many system/server monitoring and network command-line tools available.

Sponsored: Datadog – See inside any stack, any app, at any scale, anywhere. 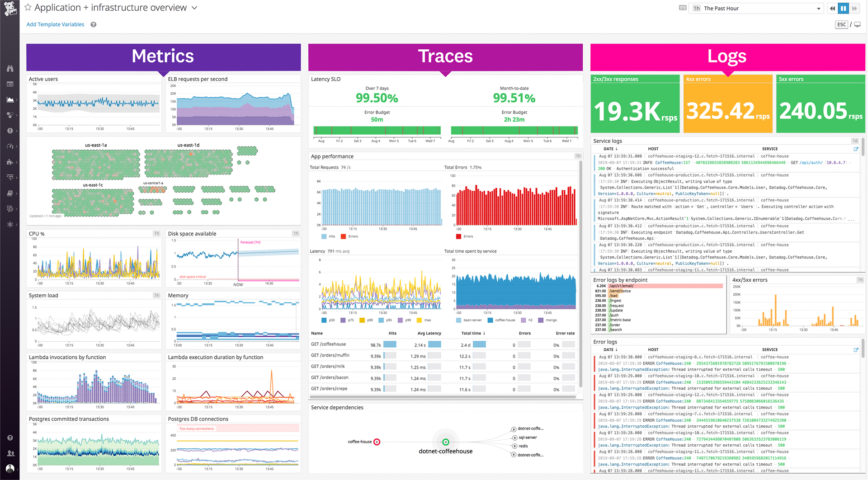 Datadog is a unified monitoring, analytics, and security platform that offers end-to-end monitoring for your Linux applications alongside metrics and events from 450+ other technologies for a unified view of your entire infrastructure. With correlated infrastructure monitoring, application performance monitoring, log management, security tools, and more, Datadog enables Dev, Ops, and Security teams to work collaboratively to help organizations avoid downtime, resolve performance problems fast, and ensure that development and deployment cycles finish on time.

Linux Commands frequently used by Linux Sysadmins – Part 5:
70. vi – text editor.
71. cat – display file contents.
72. tac – output file contents, in reverse.
73. more – display file contents one screen/page at a time.
74. less – similar to the more command with additional features.
75. tail – used to display the tail end of a text file or piped data.
76. dmesg – prints the message buffer of the kernel ring.
77. journalctl – query the systemd journal.
78. kill – terminate a process.
79. killall  – Sends a kill signal to all instances of a process by name.
80. sleep – suspends program execution for a specified time.
81. wait – Suspend script execution until all jobs running in the background have been terminated.
82. nohup – Run Commands in the Background.
83. screen – hold a session open on a remote server. (also a full-screen window manager)
84. tmux – a terminal multiplexer.
85. passwd – change a user’s password.
86. chpassword – allows users to change the password for various user accounts.
87. mount / umount – provides access to an entire filesystem in one directory.
88. systemctl – central management tool for controlling the init system.
89. clear – clears the screen of the terminal.
90. env -Run a command in a modified environment.

I referred to commands as “Linux commands” since this blog and this article is specific to Linux admins and users. However, these are indeed Unix Commands for Unix and other Unix-like operating systems such as Linux.