“Our greatest happiness does not depend on the condition of life in which chance has placed us, but is always the result of a good conscience, good health, occupation, and freedom in all just pursuits.” — Thomas Jefferson

Welcome! Haydenjames.io is a blog covering Linux Systems Administration. Popular topics include Linux performance, security, mysql and php. In the Sysadmin capacity, I remotely support clients around the globe. Most of my work is performed using the terminal (Terminator and Termius) via a secure shell (SSH).

Sys-ad-min: A person responsible for the upkeep, configuration, and reliable operation of computer systems; especially multi-user computers, such as servers.

Born in Antigua, my background in tech started when the internet first hit the island back in 1996. Back then, although technology-related education and work options were very limited on-island, I made it a goal of becoming a web developer. After graduating from high school in 97′, I enrolled in NRI schools (McGraw-Hill Education) for a course in web development. By 1999, I started working with Antigua Sun Newspaper (a decade before its closure) where I served as a web developer for the online version of the daily newspaper.

During the late ’90s, I was also active as an artist working in watercolor, pastels, and mixed media. That led to creating a website that sold my paintings along with the paintings of other Antiguan artists. To the end of 1999, I created the website purehonda.com, which grew to have over 200,000 unique visitors per month and over 50,000 registered members. The site was also featured in major US magazines including Sport Compact Car, Super Street [2 times], and Honda Tuning. I sold PureHonda on Sept 10th, 2001 the day before 9/11, just missing the burst of the dot-com bubble.

In 2004, I launched PinStack.com, a smartphone discussion community that supported users with Blackberry smartphone news, reviews, and forum help. This site was acquired in 2009, at which time PinStack was receiving over 3 million page views per month, with over 700,000 registered members. For my next project, I purchased a much smaller website called Coolvibe which allowed me to combine server management with my love of art. I kept Coolvibe for 1 year and more than doubled it’s monthly traffic to just over 1 million monthly page views. More recently. I sold altenergyshift.com, the domain name was self-explanatory.

Additionally, during 98′ to 07′, I was employed full-time by ACT Antigua, AT&T, and Cable & Wireless. New projects include digitalart.io (update: sold) and Stacklinux VPS hosting. Otherwise, most of my time now is spent supporting new and existing Linux server clients for my home office on the island of St. Kitts.

“Hayden, thank you for your image optimization suggestion. Millions of web surfers now get a faster web experience because of it!” — Cloudflare

“PinStack.com is a virtual playground where technology buffs network, trade advice, and get the latest gadget news!” — Ottawa Citizen

“For the extent of the problem [Blackberry Addiction], see the BlackBerry Addicts Confession Page on PinStack.com” — Newsday.com

“Pinstack, which is one of the more popular Blackberry forums…” — ZDNet

“Coolvibe is a site dedicated to showcasing the best and most inspirational digital art from around the web — be it science fiction, fantasy, retro, 3D, illustrations, vector art, and virtually everything else.” — 1stwebdesigner

“Purehonda.com is the distilled, 100% unrelenting Honda fix you need. If it were possible, we’d tell you to open a vein and pump the HTML directly into your bloodstream.” — Super Street Mag

“With all the vinegar and spice of a tabloid newspaper, Purehonda.com crowds an immense quantity and variety of information into its display page. There’s enough information and stimulation here to captivate the Honda/Acura addict for hours – if not days!…if you stop by we’re sure you’ll agree that Purehonda.com comes as close to achieving a “virtual community” for Honda and Acura partisans as anyone on the web!.” — Sport Compact Car 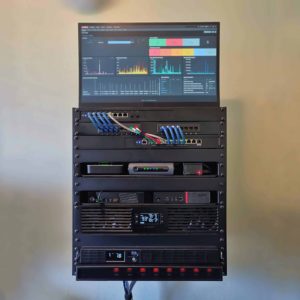