Are you searching for the best Linux distro (distribution) and DE (Desktop Environment) combination? What better way to increase your familiarity with Linux servers than running Linux on your laptop or workstation. 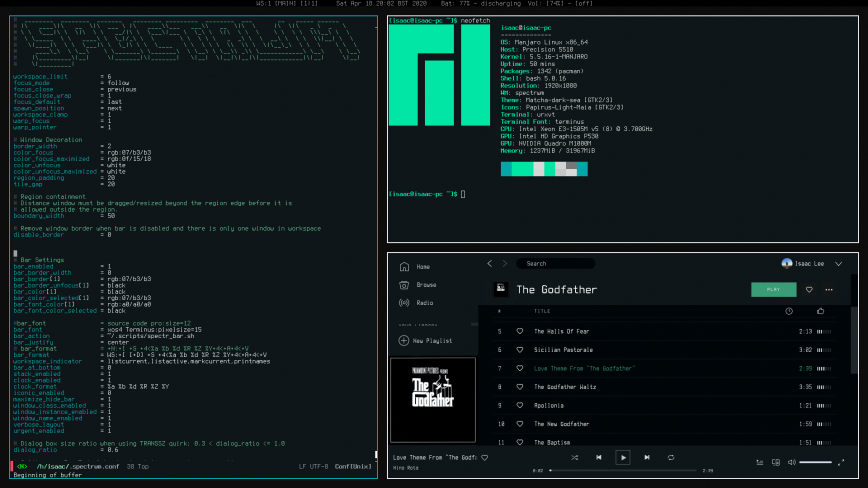 There are three layers that can be used in the setup of your Linux desktop:

With this in mind, let’s begin by breaking down our search for the best Linux distro + DE or WM combinations into three categories: beginner, experienced, and expert. 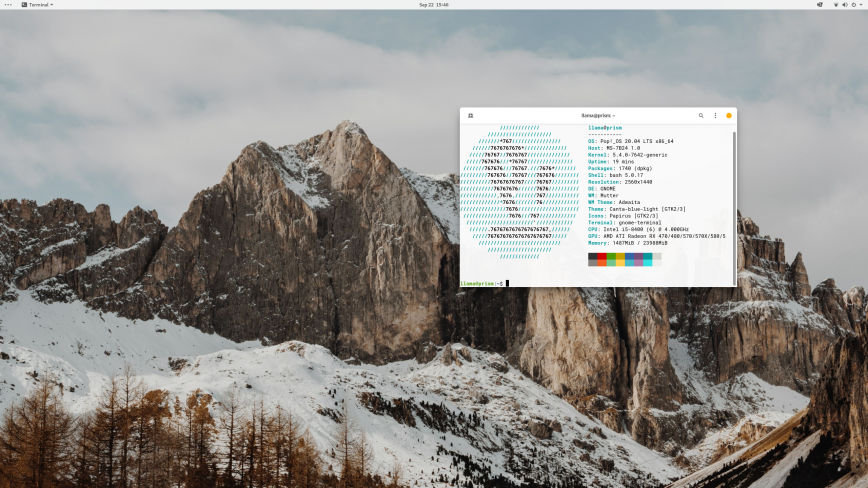 For users who want quick access to Linux and a broad array of software/apps without having to use the command line. Or, maybe you seek an easy way to give Linux a try. For those users, I would recommend the following distros:

PoP!_OS – a Ubuntu-based Linux distribution featuring a custom GNOME desktop. Pop!_OS is custom-designed to have a minimal amount of clutter on the desktop without distractions to allow the user to focus on work. – Pop!OS Desktop Environment options.

Also worth mentioning is LXLE Linux Distro, which is preinstalled with LXDE and even Elementary OS.

Beginners to Linux usually start with full-fledged desktop environments. The most popular Linux distros default to Gnome 3. That said, you can give window managers a try if you prefer that route! 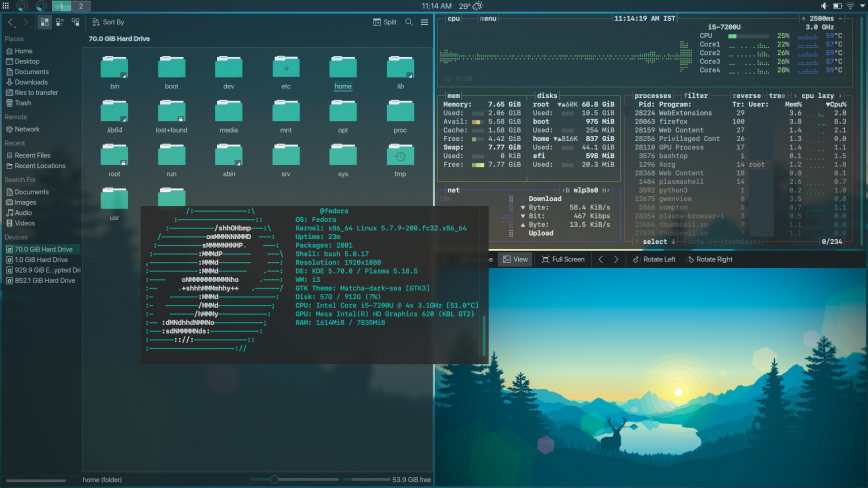 Fedora – Fedora has a reputation for focusing on innovation, integrating new technologies early on, and working closely with upstream Linux communities. Due to Fedora’s short version life cycle, package updates are frequent, and the software versions available are the most recent.   – Fedora Workstation Desktop Environment options.

Debian – Debian comes with over 60,000 free packages – pre-compiled software bundled up in a friendly format for easy installation on your machine. Debian is one of the most stable and no-nonsense Linux distros. – Debian Desktop Environment options.

CentOS 8 – If you care primarily about stability and plan to keep the same distro for at 4+ years without having to upgrade or reinstall, check out CentOS 8. 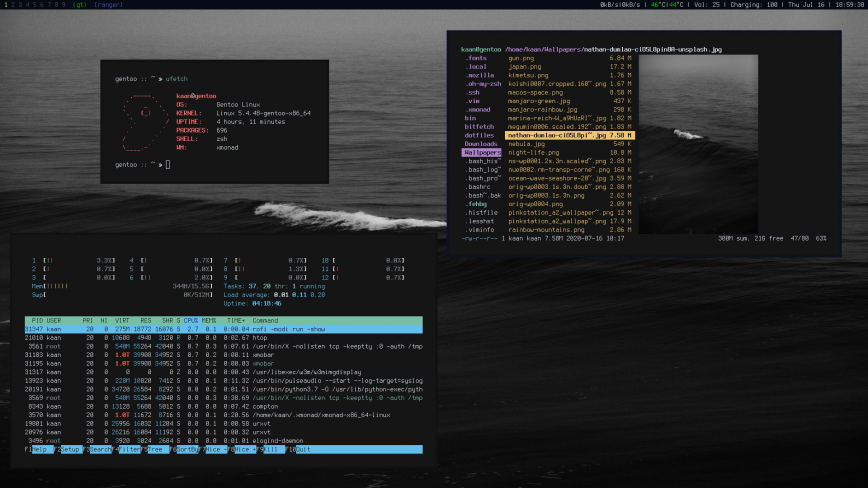 The following distributions focus on being lightweight, simple, and yet far more flexible than most. Right from the install process, you’ll notice that these distros will only install what you explicitly command.

Gentoo – Gentoo package management is designed to be modular, portable, easy to maintain, and flexible. Some describe Gentoo as a meta-distribution because of its near-unlimited adaptability. The majority of users have custom configurations that are unique to themselves. – Gentoo DE and WM.

I hope that this quick summary proves helpful. I found most of the distro descriptions from Distrowatch, a handy website you can use for your research.