Hey everyone! Hayden invited me to talk about the project I’ve been working on – a device named Pockit.

The project aims to let users quickly build various types of gadgets by connecting any arrangement of modular “Blocks” (each corresponding to a specific function: Button, SD card, Camera, Servo-Motor, Relay, etc.) to a connection grid on top of Pockit, which can run various applications including Linux-based ones.

I’ve made an exciting amount of progress in the last several months and made the above video demo of what such a modular platform enables so far. 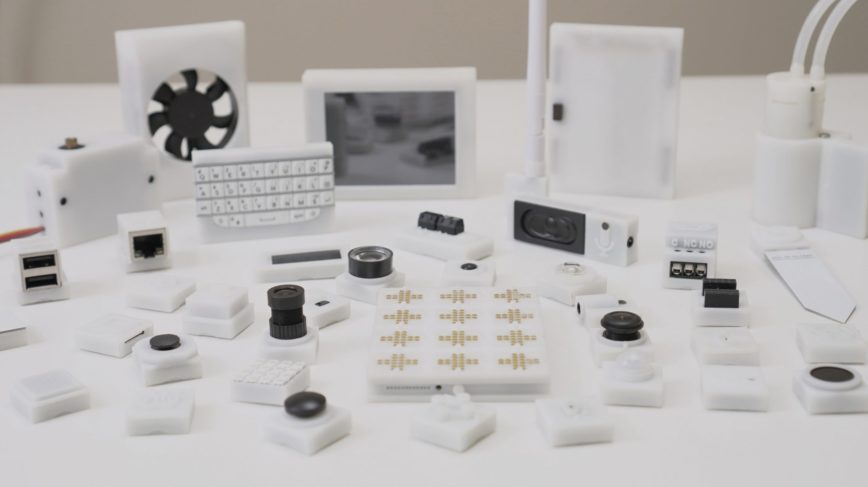 If you want to potentially be a part of the early-access program to try Pockit, you can sign up on the project website – the site also has lots of photos and details for those who’re interested in the evolution of the device.

I’m also happy to reply to comments/questions here or provide guidance for those who want to get into the exciting field of embedded electronics!