Disclaimer: Everything below has been published previously online in Arch’s extensive wiki. However, for whatever reason there’s still a lot of misinformation about Arch’s stability and many users are not aware that these published tips exist.

This short article aims to raise awareness of the best routes for a more stable Arch Linux experience. That’s not to say that Arch Linux is unstable. It’s not, far from it. But for new users, there are certain precautions that should be taken so that the inherent freedom of Arch does not get in the way of system stability. 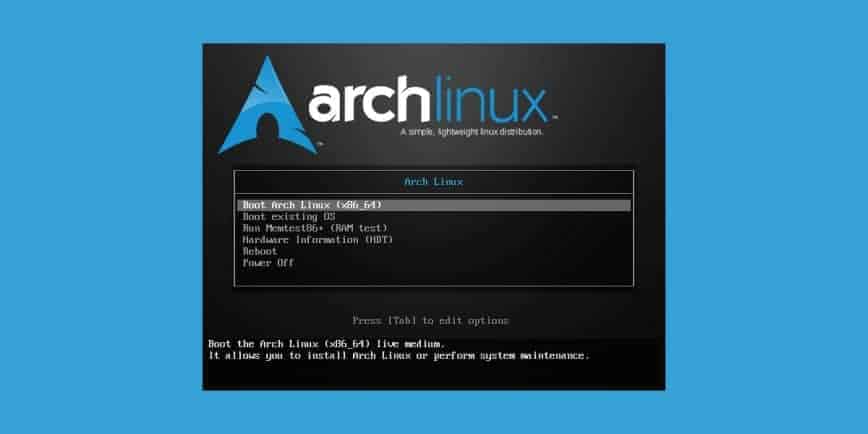 What is Arch Linux?

Let’s trace back just a little. Arch Linux is an independently developed, x86-64 Linux distribution versatile enough to suit any role. Development focuses on simplicity, minimalism, and code elegance. Arch is installed as a minimal base system, configured by the user upon which their own ideal environment is assembled by installing only what is required or desired for their unique purposes. GUI configuration utilities are not officially provided, and most system configuration is performed from the shell and a text editor. Update: Arch Linux now provides an Installer which can be used for a more simple install, including the installation of your preferred desktop environment. Based on a rolling-release model, Arch also strives to stay bleeding edge and typically offers the latest stable versions of most software. – Source: Arch Linux Wiki.

Why use Arch Linux on desktops and servers?

Arch Linux may be a tad intimidating to some. However, once you have it running, it’s more fluid and simple than most Linux distros out there. You’ll soon get a sense of organization and beauty with everything Arch related. Be it with the OS, the community, or documentation. The AUR (Arch User Repository) gives you access to all the software and 3rd party apps you can dream of. After you first install and set up Arch, or you can quickly install your must-haves from the AUR using packer or other AUR helpers. Then head to the apps list to find even more app recommendations for an easy install. No need to add repositories, compile manually or follow install how-tos. GitHub-based apps are also available for package installation.

Best of all, since Arch Linux is a rolling release distro, you only have to install it once. Yup, one install for the life of your hardware. No replacements are released every few months such as 16.04, 17.10, 18.04, etc. Nor does LTS (long-term support) mean you get trapped in time. To upgrade the Arch Linux OS, you simply roll with the command: pacman -Syu, and you’re done!

You may think the terms bleeding edge and stable don’t play well together. Well, you’d be surprised. There’s a nice discussion here with the takeaway being that Arch can be as stable as you need it to be, or as stable as you make it. The first recommendation for a more stable Arch Linux experience, as with most Arch tips and tutorials, starts with a quick read of the Arch Wiki… Enhance system stability (renamed System maintenance). On that page, you will find roughly 20 simple techniques to enhance Arch stability.

As discussed there, one often overlooked recommendation, is to switch to the Arch linux-lts package. The linux-lts package is an alternative Arch kernel package based on an older Linux kernel version and is available in the core repository. This particular kernel version enjoys long-term support (LTS) from upstream, including security fixes and some feature backports, especially useful for users seeking to use Arch Linux on a server, or who want a fallback kernel in case a new kernel version causes problems. Also, see the list of kernels.

May you enjoy many years of uninterrupted Arch bliss!