Updated: 09/22/15 – After 6 months of testing Raspberry Pi 2 Overclock with OpenElec, ArchWipi and Arch LEMP I’ve made some optimizations to the recommended config changes below. These have proven more stable. Also, now even with force_turbo enabled you shouldn’t experience freezing or resets. Enjoy!

Some of you may remember my old overclocking post for Raspberry Pi. I’m still obsessed with performance. This Raspberry Pi 2 Overclock post seeks to overclock the Raspberry Pi 2 Model B. Squeezing out some extra performance without compromising stability. It’s highly recommended that you use a capable power supply with 2 amps or better. I recommend something like is this dual port 2.1A power supply. (also see: What to buy for your Raspberry Pi) Now, on to the /boot/config.txt edits. 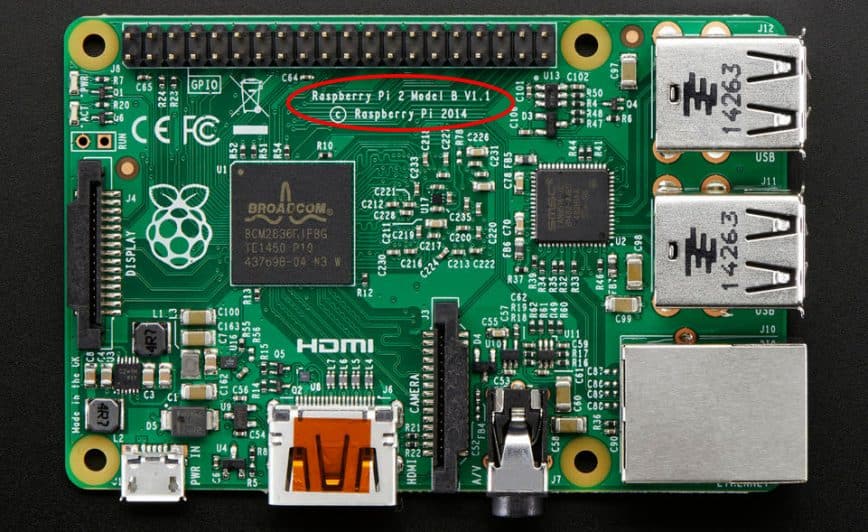 Lets increase performance by overclocking core frequency and RAM of the RPi2 board while leaving voltage default for stability:

Now, if you are running the Raspberry Pi 2 in a hot environment,  here are some settings to help lower temps (your Raspberry Pi 2 will only clock to 900MHz when needed). Make sure the force_turbo line is off (set to 0) or just remove that line completely since ‘off’ is the default:

The arm_freq setting still adds a lot of heat to the board when pushed. You can improve performance without overclocking the arm_freq using the following:

…or for even more noticeable performance gains use force_turbo at your own risk!…

Now even at 1000MHz overclock that’s an extra 100MHz over 4 cpu cores. With the previous Model B adding 300MH to one core would resulted in 1000MHz. On the Pi 2, with 1000MHz x4 overclock that’s a LOT better than the first gen RPI B+ @ 1000MHz. Ultimately, the developers chose to give us 4 CPU cores rather than say a single core with much higher clock speed, because over all its more adaptable to various tasks.  The ‘force_turbo=1’ option helps get rid of performance lag.

gpu_mem (GPU memory) is measured in megabytes and sets the memory split between the CPU and GPU; the CPU gets the remaining memory. Minimum value is 16. If you are for example using the Raspberry Pi 2 as a gaming emulator, media player or using a desktop environment (LXDE, XFCE, Maynard, etc) then you’ll want to increase gpu_mem to at least 256. On the other hand, if you are using the Raspberry Pi as a web server, to build a drone or simply a console-based project then you should lower gpu_mem to 16. In other words, if your needs are graphical increase GPU’s memory, if not, lower it to the minimum.

I’d love to hear your Raspberry Pi 2 Overclock configs and what power supply amperage you are running. I’m hoping to attempt more extreme clock settings but I need at LEAST two of these boards so I can confirm some measure of stability.