It’s been a while since I’ve written any Raspberry Pi-related posts. Primarily because I’ve been using used $200 to $300 Dell Optiplex Micro computers off eBay, they cost the same or less than a Raspberry Pi 3 B+ but can be custom configured with up to 8GB (3050 model), 16GB or 20GB of fast DDR4 RAM, SATA or NVMe SSDs for dual boot or RAID storage and recent generation Intel i3, i5 or i7 processors.

As per the title of this article, I’m not here to bash Raspberry Pi boards, not in the least! They continue to have a huge niche. I mention Dell Optiplex Micros only because if you need to overclock the Raspberry Pi 3 B+, there’s a good possibility that it will not meet the performance requirements you are looking for. Of course, there are other similar boards similar to the Raspberry Pi. However, if your project is small, or rather, well suited for this type of hardware, I would almost always recommend sticking with the Raspberry Pi. 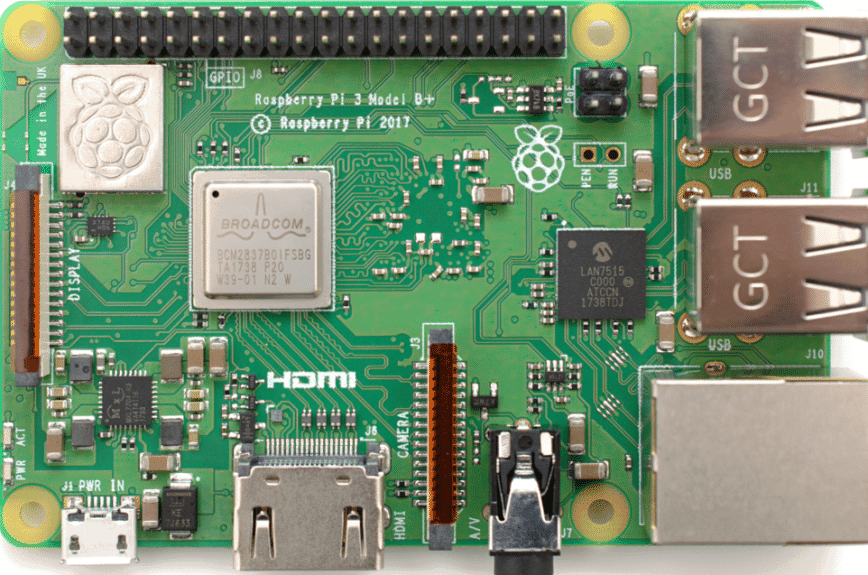 Also, remember that many of the copy-cat boards are just that and are also all for profit. Whereas the Raspberry Pi is being developed and sold by the Raspberry Pi Foundation, a charity founded in 2009 to promote the study of basic computer science in schools. A Dell Optiplex will never be as “cool” to kids as the Raspberry Pi. Which we can argue works well with kids – even us adults – because it’s not intimidating in appearance.

The Raspberry Pi 3 B+ is already overclocked.

If you want to overclock the first-gen Raspberry Pi 3 B, you can check out my previous RPi3 overclock post. For RPi 3 B+ overclocking, I have some not-so-good news. It may be good news, depending on how you look at it. Good news, if you want to overclock just because it’s possible and would like to max out at the stable 1.4Ghz, always. Not-so-good news if the RPi 3 B+ isn’t fast enough for your current application. In which case, the RPi may not be the best fit for your project.

Unlike all those lines of config changes suggested in the previous Raspberry Pi 3 B first gen post, we will instead look mainly at one area to improve Raspberry Pi 3 B+ performance, and that is – cooling. Although both the RPi 3 B and RPi 3 B+ share the same underlying system-on-chip (SoC). Improved packaging of the RPi 3 B+, alongside a heat-spreader, allowed for a 1.4GHz default overclock.

Once your Raspberry Pi 3 B+ is has a good cooling solution in place, you can stop there because it means when under load your board will almost always operate at 1.4GHz!

Indeed, the Raspberry Pi 3 B+ is already overclocked to run at 1.4GHz. That said, when core temps hit 60°C, this gets throttled to 1.2GHz, down to 1.1GHz at 82°C. In addition, when idle, the Raspberry Pi 3 B+ runs at only 600MHz. With these in mind, we can achieve a max performance by keeping the RPi 3 B+ cool and optionally, you can also raise the idle operating speed.

To keep it cool, you can go the free route, use a standing fan you may already have at home or place it in the direct path of your AC vent. Or you can invest in cooling fans and cooling cases. I recommend the iUniker Raspberry Pi 3 B+ ABS Case with Cooling Fan and Heatsink (cool but not too loud) or the Raspberry Pi 3 B+ Case + fan by iUniker (cooler but a bit loud). There are tons of good cooling options available. However, a bunch of these are useless. So shop around, or come up with free solutions, which are often more rewarding.

Once your Raspberry Pi 3 B+ has a good cooling solution in place, you can stop there because it means when under load, your board will almost always operate at 1.4GHz! However, if you’d like to go a bit further, you can try adding one of the following lines in your config.txt. The latter probably being the only noticeable performance change of the two.

1) Setting arm_freq_min=900 – this will increase the ondemand idle speed from 600MHz to 900MHz. Again, there is no reason to change this.

2) Setting force_turbo=1 – which forces turbo mode frequency (1.4GHz) even when the ARM cores are not busy. Enabling this may set the warranty bit if over_voltage_* is also set.

Don’t go crazy with config.txt edits as with the previous RPi boards. Stick with the default 1.4GHz, set up adequate cooling and play with these two settings. Of course, there are stories of overclocking past the default 1.4GHz, but is the small gain worth the trouble? I’ll leave you to decide that.

Feel free to share your RPi 3 B+ setup, including the cost or details of free hacks to achieve stable overclocking speeds beyond 1.4GHz.

Also read What to buy for your Raspberry Pi 4